So my friend Annie and I both realised we had never been for a trip around Buckingham Palace. Annie, not being a native, had an excuse, but I had none, so we booked a private tour with champagne as you do.

So here we are on the train, starting off as we meant to go on…

Now, I’m the sort of the lady who thinks living in a meritocracy and equal opportunities are important. I’ve been known to go on the odd, protest or two, so when I told my family I was off to Buckingham Palace, they just assumed I had taken a banner and was off to shout about something… So here’s the proof, no banners, no shouting…I even wore a dress!

Unfortunately we couldn’t take photos inside, just in the garden outside, but we did get a free prize of a guide book..

Apparently I now have access to the garden and tea rooms for a year….so might pop along there when back in London for a work trip. See what the company expense policy has to say about that .. 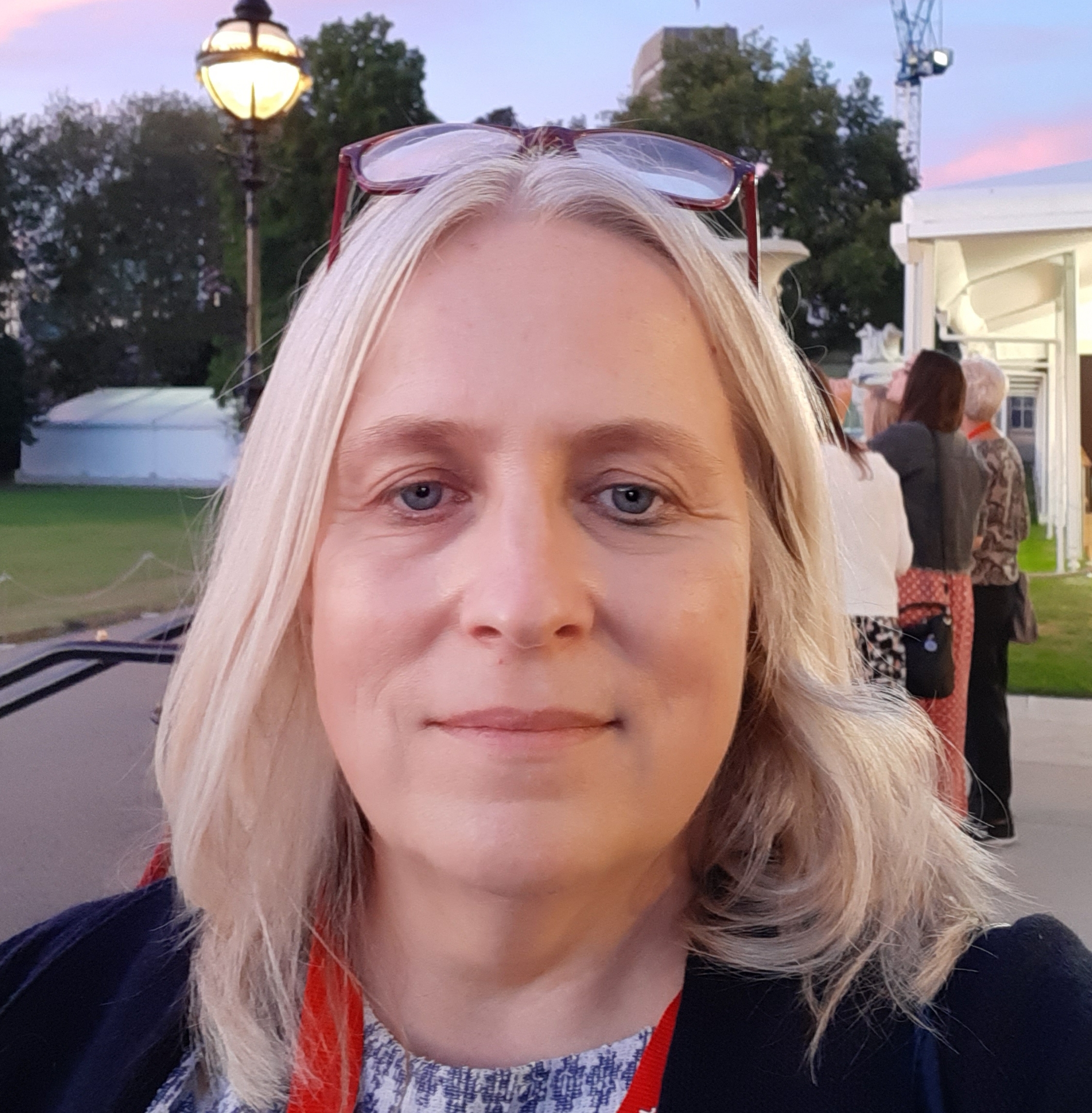 As I march rapidly into my mid fifties, this blog is to remind me that life’s regrets are based on the things we fail to do, not the things we do.

Usually found apologising for ‘not being very good at being a girl’. Tech, current affairs and travel are my bag.  Lifelong CAMRA member, who knows a good pint of real ale when she drinks it. Likes a bit of a project and DIY. Getting rid of stuff and creating memories instead are important.

Never met another female like me, but too late to worry about that now.